Here is the Class 11 English – What I Require from Life Summary and Exercise. All of the questions have clear, concise, and easy-to-understand answers.

“What I Require from Life” is an essay written by J.B.S. Haldane.

J.B.S. Haldane is a social critic who has presented his idea about socialism. He used the mode of narrative writing to present his personal opinion with his personal story of his life and the heroic age.

According to him, although he was born in peaceful age but during his youth, due to the outbreak of the first world war, he had to involved himself in a heroic age of war. Later, he put forward his opinion related to his requirement to make his living best. According to him, his major requirements are described below.

It is Haldane’s first requirement. He wants every healthy people at work in the entire world with a decent wage. Capitalism provides unemployment in the time of depression. Here, he represents the time frame of war when there are economic crises, and it’s the time people need work and money. Similarly, he wants industries to be controlled by workers so that they can see the fruits of their work not profit for others but in friends well being.

Health is the third requirement because he believes that a healthy citizen can bring a remarkable change in society. So he wants to be healthy enough to be fit for work and it is possible only with the fulfillment of food, housing, and medical attendance to everyone.

It’s the fourth requirement. Being living in a society everyone needs friends and colleagues in any scientific and political work. He wants society with quality and could be criticized equally to all.
(Below are Minor requirements)

It also belongs to writers’ needs. According to him the adventure of life will be useless without the risk factors. He means to describe it as he wants to involve himself in such adventurous work which can bring change in the life of people.

Here, according to the writer demand is something that we desire for or it must have. So desire is not the requirement but demand is more essential. Although he was fulfilled with all his desire but still unhappy with lacking essential things.

Peace and security are also part of his requirements; which is not present in this modern life. World War has destroyed peace, harmony, and security. Everythings were destroyed by fascism by Hitler and Mussolini. There is no fraternity, equality, and development without peace and security.

So by presenting all these requirements at last he wishes or desires to die as Socrates. Socrates dies at the age of 70 for his convictions. he willingly drank the cup of poison and died very happily. He desires the death of Socrates if not at least fulfilling his two conditions.

You can check out the exercise solution of this unit from the following button. 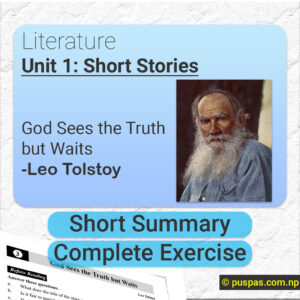 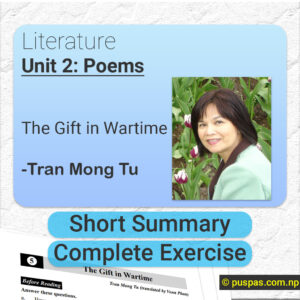